We propose a method for animating static images using a generative adversarial network (GAN). Given a source image depicting a cloud image and a driving video sequence depicting a moving cloud image, our framework generates a video in which the source image is animated according to the driving sequence. By inputting the source image and optical flow of the driving video into the generator, a video is generated that is conditioned by the optical flow. The optical flow enables the application of the captured motion of clouds in the source image. Further, we experimentally show that the proposed method is more effective than the existing methods for animating a keypoint-less video (in which the keypoints cannot be explicitly determined) such as a moving cloud image. Furthermore, we show an improvement in the quality of the generated video due to the use of optical flow in the video reconstruction. 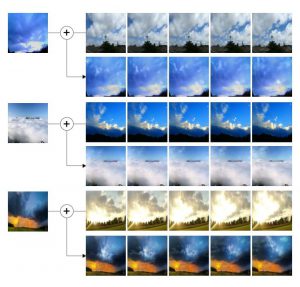 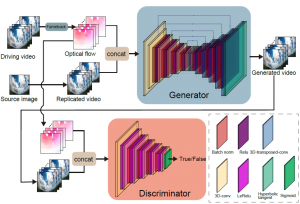