Unsupervised cross-domain object detection has recently attracted considerable attention because of its ability to significantly reduce annotation costs. For two-stage detectors, several improvements have been made in feature-level adaptations. However, this approach is not suitable for one-stage detectors that do not have access to instance-level features. Although other approaches are often used for one-stage detectors, their performance is insufficient compared to domain adaptation methods for two-stage detectors. In this study, we propose a generative and self-supervised domain adaptation method for one-stage detectors. The proposed method is composed of an adversarial generative method and a self-supervision-based method. We tested our method on three evaluation datasets, and an improvement in the mean average precision was achieved using this method. We also confirmed the complementary effects of an adversarial generative method and a self-supervision-based method. 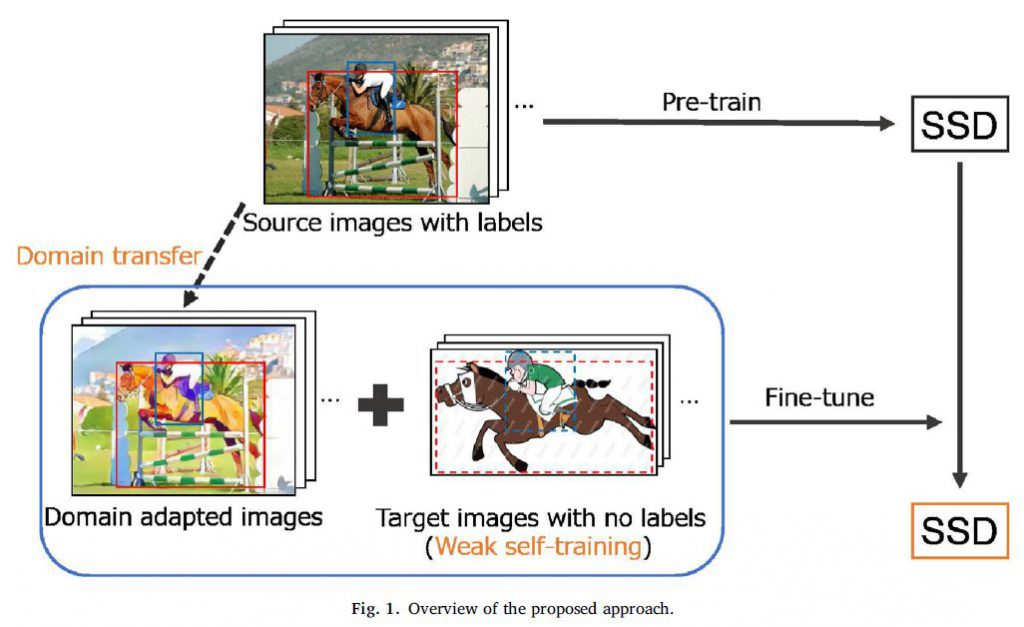